To inform, educate and inspire people to become leaders, visionaries and dreamers in service of changing the country and world for the better.

“It’s about making this great big world a smaller place through conversations and collaboration, and if you’re doing it right, it never gets old.”
-Dean Parker

WHO IS DEAN PARKER 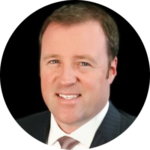 An accomplished corporate executive, serial technology entrepreneur, company advisor, public speaker, community activist, and political consultant Dean is the founder and CEO of Vita Capital, an early stage investment firm. More recently Dean served as National Finance Chairman for Dr. Ben Carson’s Presidential Campaign. “Dr. Carson’s vision for America has inspired millions of people around our nation. I was honored to lead the effort to communicate with these people and support this vision financially,” said Parker.

Prior to his time on the campaign trail and at Vita, Dean was was founder and CEO of Callis Communications, the leader in unified communications in the southeast, and was acquired by C Spire in 2014. Dean is co-founder and chairman of 1702, the premier peer network of chief executive officers and business leaders from the most promising emerging and high-growth companies in Southeast, U.S. He is Regional Vice Chairman for Young Presidents Organization, serves on various corporate boards, and is a member of DC’s Mindshare CEO Network. Dean was named as a Finalist in the Ernst & Young Entrepreneur of the Year 2012 Awards. Additionally, Dean has also been selected for Mobile Bay’s 40 Under Forty Award, a Finalist for “Executive of the Year” in the 2012 American Business Awards, and CIT GAP 50 Entrepreneur Finalist.

Dean now travels the world speaking to thousands of business leaders and Americans, sharing his many lessons learned and innovative best practices in the areas of entrepreneurship, technology, economics, politics, faith and family.

“Dreaming big, striving for more innovation, entrepreneurship, faith and family really can’t be separated. It’s not about getting to the top the quickest. It’s about sharing experiences. It’s about leaving a legacy and light on the world for all to see. It’s about family and leaving the world a better place for them. It’s about making this great big world a smaller place through conversations and collaboration, and if you’re doing it right, it never gets old,” Parker said.

Dean and his wife, Joanne, have four children, Jody, Trey, Lauren, and Zack.

Vita Capital is an early and mid stage investment firm. Vita Capital makes initial investments from as little as $50,000 in their seed program to up to $10M from their growth fund. Approximately half of Vita’s portfolio is in New York, Los Angeles, Nashville and the other half is spread across the globe. The firm invests across a broad spectrum of technology, eCommerce, enterprise software, cloud computing, financial technology, and fashion merchandising.

SouthernDaze is a luxury commercial and residential real estate firm. SouthernDaze boasts some of the most notable and luxurious properties in the Southeast, U.S., and Northeast U.S. The firm’s properties have been awarded numerous accolades, most recently Cape May’s Top 20 Beachfront homes.

Today, Parker Air is one of the most notable private aviation companies in the Southeast, U.S. The firm operates a luxurious chartered fleet of jets and world-class flight staff. The firm also supplements it’s fleet with a partner network of jets, all of which are maintained to exceed the highest level of safety standards in the industry.

Greenpath Networks is a leading provider of satellite and telecommunications services for luxury residential condominiums in the Southeast, U.S. Greenpath has over 14 years of service and boasts unparalleled quality and customer support.